Stoves Online are based in Dartmouth and Devon and their online Stoves store retails throughout the UK and Europe, on of numerous clients that the Kenkai design and development team have worked with in the Devon area..

John Nightingale came to Kenkai at a time his site simply was not appearing on any of the search engines. He had a handful of pages indexed on Google, but no positions and Yahoo and MSN (now Bing) were ignoring the site. As Stoves Online are one of the market leaders in Stove retailing in the UK, it was important for the company to feature well on the search engines. John did not want to change the look and feel of the site, so it was a case of recoding and optimising the content, Page titles, head tags and ensuring the site navigation was doing it's job.

John's son and partner, Sune, was a great help to us during the project, in fact he played a hands-on role with the CSS recoding. Every page on the site was optimised, but although google indexed almost all of the site within two cachings, Yahoo and MSN were slow to follow suit. Several terms fired to the front pages straight away, but it took 7 months and a lot of tweaking before the site was fully firing on all of the top engines - but boy did it fire!

The list below shows only a small fraction of the 1000's of top positions that Stoves Online have achieved.

A few words from the client:

My name is Sune Nightingale and I work for Stovesonline. With a background in html and programming I am responsible for our website and technical needs. I would say that this means I can make a more informed/experienced appraisal of KenKai's work.

Following a bad experience with a previous company (where we were left high and dry because of what we now know were sneaky short-term tactics) we took a long time to choose another SEO company.

We chose KenKai because we found them on Google (an seo company is not much use if they can't promote their own site on the search engines as far as I'm concerned) and then because of their provable, consistent results with carrying out SEO for their clients. When we asked other companies why they didn't feature in Google for terms relevant to their work (like "Optimised Web Design") they didn't seem to have very good excuses - one company said they got too much work when they tried it which made me wonder why they were paying someone to sit on a phone cold calling me when they could just let the customers come to them......?

I was also impressed that they only wanted payment for work done - many other companies try to sign you up for £3K+ yearly contracts when they know that after the first batch of SEO work that they will only have to tweak the site in subsequent years.

KenKai's attitude is straightforward and down to earth - in a field where is seems everyone is either offering you the world trying to baffle you with meaningless techno-babble this comes as a breath of fresh air. Their honest attitude to SEO looks to long term results as opposed to other one-hit-wonder 'done and gone' companies that we have had have experience with.

The proof of the pudding is that the search engine results: since they began our rankings have been improving and the trend is still on the up. When we started with them we agreed targets that Kenkai have unstintingly stuck to, and have now achieved.

KenKai will be handling our SEO needs for the foreseeable future.

Apart from all this they are friendly and personable and I trust them- trust is a rare thing these days and when we find a supplier like KenKai we stick with them.

This sounds like it might be an advert written by KenKai - it isn't, I'm just genuinely impressed with them. I would not hesitate to recommend KenKai - indeed please feel free to contact me direct - my email address is sune@stovesonline.co.uk - you might want a stove at the same time! :)

To find out how the Kenkai Team can help your business to feature on the search engines for your Key Phrases, contact us now. 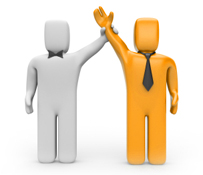 We have featured a couple of handfuls of our clients' websites. It's a small sample and represents around 2 percent of all of the sites that we have designed and/or optimised in the past 10 years.
All of our sites feature different, bespoke designs, not standard templates and we don't farm out the work to India or Romania, all of the work that we do for our clients is completed inhouse.